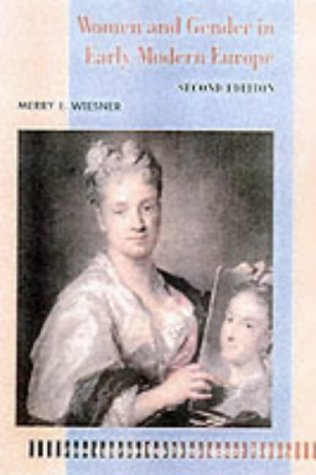 This is a major new edition of the most stimulating and authoritative textbook on early modern women currently available. Merry Wiesner has updated and expanded her prize-winning study; she summarises the very latest scholarship in her chapters and bibliographies, adding new sections on topics such as sexuality, masculinity, the impact of colonialism, and women's role as consumers. Other themes investigated include the female life-cycle, literacy, women's economic role, artistic creation, female piety - and witchcraft - and the relationship between gender and power. The clear and helpful structure of the first edition remains: it reflects the tripartite division of the self - mind, body, and spirit - traditional in western philosophy. Coverage is geographically broad; the second edition includes longer discussions of the border areas, such as Russia, Ireland, and the Iberian peninsula. Accessible, engrossing, and lively, this book will be of central importance for courses in gender history, early modern Europe, and comparative history.

'Updated and expanded since 1993, it provides an admirably clear and concise introduction to the field, investigating all aspects of women's lives between 1500 and 1750.' The English Historical Review

'... there is no doubt that this is a groundbreaking book ... Merry Wiesner engages with a range of primary materials in a confident yet thoughtful manner.' Brill

This is a revised and expanded edition of a prize-winning textbook, with new sections, updated bibliographies, and longer discussions of border areas such as Russia, Ireland, and Spain. Accessible, engrossing, and lively, this book will be of central importance for courses in gender history and early modern European history.