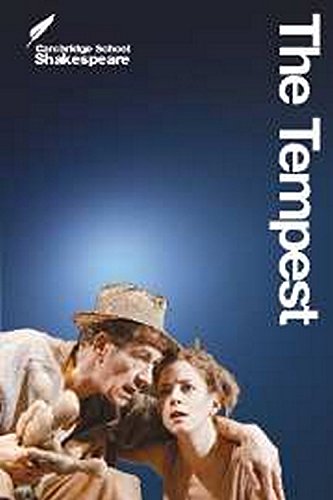 This new edition of The Tempest is part of the established Cambridge School Shakespeare series and has been substantially updated with new and revised activities throughout. Remaining faithful to the series' active approach it treats the play as a script to be acted, explored and enjoyed. As well as the complete script of The Tempest, you will find a variety of classroom-tested activities, an eight-page colour section and an enlarged selection of notes including information on characters, performance, history and language.

One of Shakespeare's most famous but also enigmatic plays, for many years the story of Prospero's exile from his native Milan, and life with his daughter Miranda on an unnamed island in the Mediterranean, was seen as an autobiographical dramatisation of Shakespeare's departure from the London stage. The Epilogue, spoken by Prospero, claims that "now my charms are all o'erthrown", appeared to reflect Shakespeare's own renunciation of his magical dramatic powers as he retired to Stratford. But The Tempest is far more than this, as recent commentators have pointed out. The dramatic action observes the classical unities of time, place and action, as Prospero uses his "rough magic" to lure his wicked usurping brother, Antonio, and King Alonso of Naples to his island retreat to torment them before engineering his return to Milan.

However, the play is full of extraordinary anomalies and fantastic interludes, including Gonzalo's fantasy of a utopian commonwealth, Prospero's magical servant Ariel, and the "poisonous slave" Caliban. The creation of Caliban has particularly fascinated critics, who have noticed in his creation a colonial dimension to the play. In this respect Caliban can be seen as an American Indian or African slave, who articulates a particularly powerful strain of anti-colonial sentiment, telling Prospero that "this island's mine, by Sycorax my mother,/ Which thou tak'st from me". This has led to an intense reassessment of the play from a post-colonial perspective, as critics and historians have debated the extent to which the play endorses or criticises early English colonial expansion. --Jerry Brotton