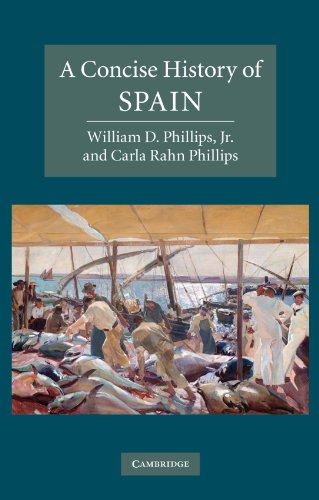 The rich cultural and political life of Spain has emerged from its complex history, from the diversity of its peoples, and from continual contact with outside influences. This book traces that history from prehistoric times to the present, focusing particularly on culture, society, politics, and personalities. Written in an engaging style, it introduces readers to the key themes that have shaped Spain's history and culture. These include its varied landscapes and climates; the impact of waves of diverse human migrations; the importance of its location as a bridge between the Atlantic and the Mediterranean and Europe and Africa; and religion, particularly militant Catholic Christianity and its centuries of conflict with Islam and Protestantism, as well as debates over the place of the Church in modern Spain. Illustrations, maps, and a guide to further reading, major cultural figures, and places to see, make the history of this fascinating country come alive.

"A Concise History of Spain by William D. Phillips Jr. and Carla Rahn Phillips is the latest in a series of national histories written by distinguished specialists for use as “university and college textbooks and as general historical introductions for general readers” (ii)." -Carolyn P. Boyd, The Journal of Modern History

Concise survey of Spain's complex history from prehistoric times to the present that focuses particularly on culture, society, politics, and personalities. Written in an engaging style and using illustrations, maps and guides to further reading, it introduces readers to the key themes that have shaped Spain's rich history and culture.