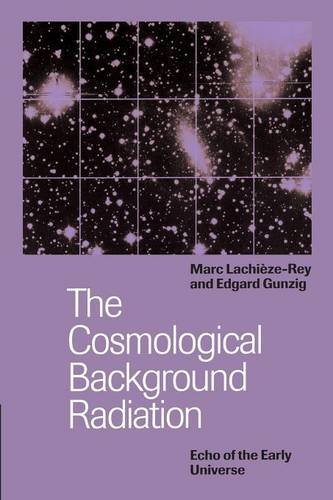 This is an introduction to the physics, astrophysics and cosmology of the cosmic microwave background radiation. The Standard Big Bang model of the universe is adopted at the outset. The topics then covered include origin of the background, then intrinsic fluctuations, followed by the universe and background radiation after recombination. Finally measurement of the radiation and its anisotropies is presented, along with a review of the current status of results and experiments. The authors assume the reader has a basic understanding of the central concepts of general relativity, but they avoid rigorous mathematical proofs and manipulations, preferring instead to concentrate on the information needed by hands-on cosmologists and astrophysicists. In this first edition in the English language, the authors have completely revised the text of the French edition. The level is ideally suited to final-year undergraduates in physics or astronomy.

"The discovery of cosmic background radiation is considered one of the great discoveries of this century; this book is an excellent overview of what is now known about this radiation...an up-to-date and thorough study..." Choice

This introduction to an important aspect of modern cosmology is written as a textbook for use in the physics curriculum. Unlike many cosmology textbooks, this one does not assume that the reader is fluent in tensor calculus and general relativity. It can be covered in one term or semester.