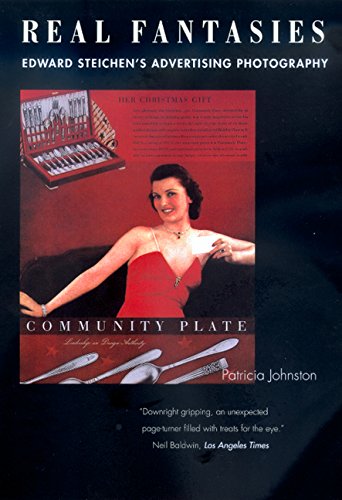 During the 1920s and 1930s, Edward Steichen was a succesful photographer in the advertising industry. His commercial photography appeared in "Vanity Fair", "Vogue", "Ladies Home Journal" and almost all popular magazines in the US. At a time when photography was just beginning to replace drawings as the favoured advertising medium, Steichen helped transform the producers of small family business products to national household names. In this book, the author uses Steichen's work as a case study of the history of advertising and the American economy between the wars. She traces the development of Steichen's work from an early naturalistic style through to increasingly calculated attempts to construct consumer fantasies. By the 1930s, alluring images of romance and class, developed in collaboration with agency staff and packaged in overtly manipulative and persuasive photographs, became Steichen's stock-in-trade. He was most frequently chosen by agencies for products targeted towards women: his images depicted vivacious singles, earnest new mothers and other stereotypically female life stages that reveal a great deal about the industry's perceptions of and pitches to this particular au

"This well-researched book is a much-needed contribution not only to a knowledge of Steichen's significant role in advertising but to an understanding of modernist cross-currents as they affected artistic and commercial photography in the 1920s and 30s. Further, it provides a glimpse into decision-making about the visual arts in the newly powerful advertising industry of the time."Naomi Rosenblum, author ofA World History of Photography and A History of Women Photographers

"This book marks a major advance in the history of commercial photography. What is particularly impressive is the author's capacity to situate Steichen's commercial career in several contexts so that the study ultimately casts light on the histories of photography, modernism, and advertising."Jackson Lears, author of Fables of Abundance: A Cultural History of Advertising in America

"Johnston makes a stellar contribution to the historical literature on American advertising and consumer society; there is no other text on this subject that so effectively uses images as evidence. . . . Lucidly written, imaginatively constructed, and beautifully argued."Regina Lee Blaszczyk, Technology and Culture