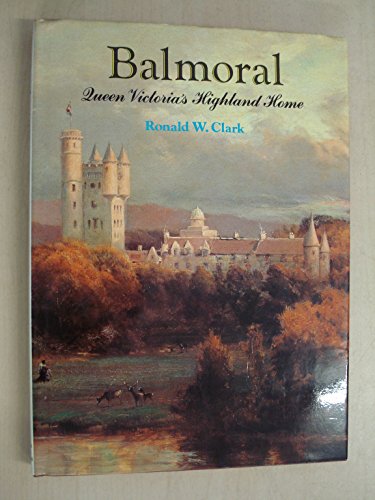 A history of Scotland's Balmoral Castle focuses on Queen Victoria's acquistion of the estate, her building of the new castle, and the life of the Royal family at their Highlands retreat

Ronald Clark (1916-1987) born in London and educated at King’s College School. In 1933 he chose journalism as a career. During the Second World War, after being turned down for military duty on medical grounds, he served as a war correspondent. During this time Clark landed on Juno Beach with the Canadians on D-Day and followed the war until it’s end, then remained in Germany to report on the major War Crimes trials.

Clark returned to Britain in 1948 and wrote extensively on subjects ranging from mountain climbing to the atomic bomb, Balmoral Castle to world explorers. He also wrote a number of biographies on a myriad of figures, such as: Charles Darwin, Thomas Edison, Albert Einstein, Benjamin Franklin, Sigmund Freud, and Bertrand Russell.