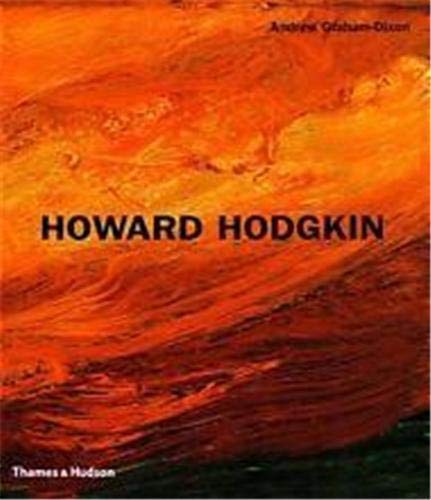 Howard Hodgkin is now being acknowledged as one of the great painters of modern times and one of the most inventive and original colourists of the 20th century. His paintings exist at the margin between representation and abstraction, bright mosaics shot through with hints and suggestions and glimmerings of recognisable form. They are intelligent objects, constantly in dialogue with the art of the past, but they wear their learning lightly. The cryptic intensity of Hodgkin's art stems from the artist's self-confessed desire to be true to his feelings, to embody his passions and fears, his aspirations and his anxieties, in the medium of oil paint. The humanity of his art is both touching and profound. Andrew Graham-Dixon's study of Hodgkin's work is written in a free and discursive spirit. It investigates Hodgkin's rich and complex art through its guiding themes and elucidates the passions and preoccupations that lie behind the paintings. Avoiding the chronological plod of many monographs, the book focuses on the essence of Hodgkin's paintings as the author explores their themes and strategies in great detail. He examines Hodgkin's complex use of scale and colour, the nature of his pictorial language, the frequent eroticism of his art and the notions of time and of experience that it embodies - and finds a tension in the work between exuberance and melancholy. Graham-Dixon argues that Hodgkin is a classic modern painter, but in an old-fashioned sense; an artist who meets Baudelaire's call for "a painter of modern life". Hodgkin stands confirmed by this richly illustrated study as one of the most remarkable painters of human experience, an artist whose achievement is to have created equivalents, in painting, for the texture of memory itself. Andrew Graham-Dixon has been the art critic of "The Independent" since the newspaper was launched in 1986. He was voted BP Arts Journalist of the Year in 1988 and received the Hawthornden Prize for Art Criticism in 1992.

Andrew Graham-Dixon was the art critic of The Independent from 1986 to 1998. He was voted BP Arts Journalist of the Year in 1988 and 1989, and received the Hawthornden Prize for art criticism in 1992. Among his other books are A History of British Art and Renaissance, both of which accompanied highly acclaimed television series.