Items related to The Light Princess and Other Fairy Tales (Dover Storybooks... 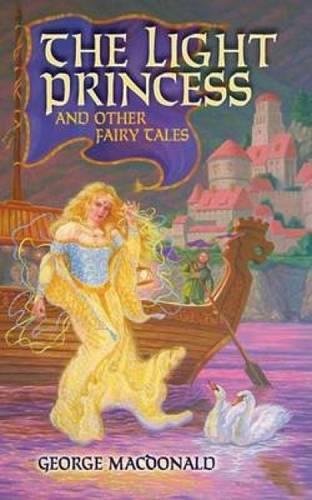 Seven beguiling tales ― including the title story of a bewitched princess, cursed by a lightness of body and spirit. Sinister creatures, golden keys, and powerful figures abound in a delightfully illustrated collection that will charm readers familiar with MacDonald and those about to meet him for the first time. 61 illustrations.

EDITED WITH AN INTRODUCTION AND NOTES BY U. C. KNOEPFLMACHER

"I have never concealed the fact that I regarded [George MacDonald] as my master.... The quality that had enchanted me in his imaginative works turned out to be the quality of the real universe, the divine, magical, terrifying and ecstatic reality in which we all live". -- C. S. Lewis

George MacDonald occupied a major position in the intellectual life of his Victorian contemporaries. The Complete Fairy Tales brings together all eleven of his shorter fairy stories as well as his essay "The Fantastic Imagination". The subjects are those of traditional fantasy: fairies good and wicked, children embarking on elaborate quests, journeys into unsettling dreamworlds, life-risking labors undertaken. But though they allude to familiar tales such as "Sleeping Beauty" and "Jack the Giant-Killer", MacDonald's stories are profoundly experimental and subversive.

By questioning the concept that a childhood associated with purity, innocence, and fairy-tale "wonder" ought to be segregated from adult skepticism and disbelief, they invite adult readers to adopt the same elasticity and open-mindedness that come so naturally to a child. Enlisting paradox, play, and nonsense much like Lewis Carroll's Alice books, these fictions challenge us to question and rethink our assumptions, and offer an elusive yet meaningful alternative order to the dubious certitudes of everyday life.

George MacDonald (1824-1905) was a minister who was rejected by his congregation, and struggled thereafter to support his family of eleven children by writing. In his own day he was celebrated as poet, preacher, and lecturer, and as the author of numerous novels. He is best known today for his vivid children's stories.
U. C. Knoepflmacher has published widely on children's literature and the Victorian period.

1. The Light Princess: And Other Fairy Tales (Dover Children's Classics)