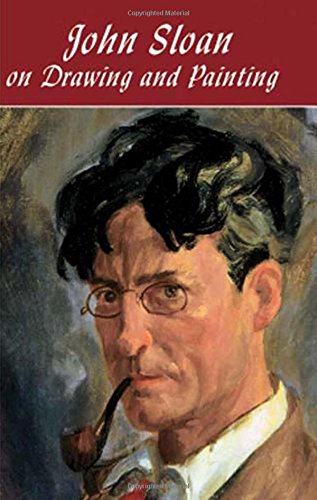 A highly regarded member of the Ashcan School of American painting, John Sloan (1871-1951) was also an influential teacher at New York's Art Students League. His dual experience as a realist painter and a graphics illustrator helped equip Sloan with the uncommon capacity to instruct students in both representational and abstract art. Now, with this illustrated, practical record of his teachings, readers can benefit from the depth and variety of Sloan's talks on art theory and practice.
Transcribed and edited by Helen Farr, a student whom Sloan later married, the discussions begin with observations on drawing as the basis of visual art, including considerations of line, tone, texture, light and shade, composition, design, space, perspective, and related issues. Later chapters deal with figure drawing, painting, landscape and mural painting, painting technique (gesso grounds, tempera, and glazing), etching, and other media (aquatint, lithography, and watercolor). Sloan's discussion of color in the chapter on oil painting is especially detailed, with notes on harmony, use of set palettes, underpainting and glazing, line work, and much more.
Each chapter features a wealth of helpful suggestions and recommended exercise, along with Sloan's personal opinions of Dürer, Rubens, El Greco, and other masters, and his insights into their work: "Go to the masters to learn how to draw and paint. Study them, particularly the work you don't like. That is the road to advancement, that is the way to learn. But get your impulse to work from life."
This invaluable summary of art theory and practice--by one of the great artists and teachers of the twentieth century--is enhanced with 46 illustrations, including 23 of Sloan's paintings, 8 photographs of the artist and his studio, and a number of line drawings and diagrams.
Dover (2000) republication of the work first published in 1939.

A highly regarded member of the "Ashcan School" of American painting, John Sloan was also a remarkable teacher, as evidenced by this illustrated, practical record of his talks and instructional advice. Sloan discusses line, tone, texture, light and shade, composition, design, space, perspective, an

1. John Sloan on Drawing and Painting

2. John Sloan on Drawing and Painting

3. JOHN SLOAN ON DRAWING AND PAINTI

4. JOHN SLOAN ON DRAWING AND PAINTI