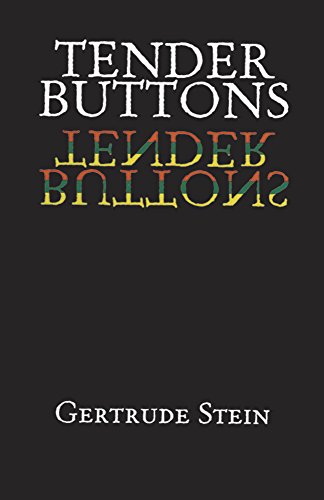 Before becoming the patron of Lost Generation artists, Gertrude Stein established her reputation as an innovative author whose style was closer to painting than literature. Stein's strong influence on 20th-century literature is evident in this 1915 work of highly original prose rendered in thought-provoking experimental techniques.

Gertrude Stein (1874 1946) was an American-Jewish writer, poet and art collector who spent most of her life in France. While living in Paris, Gertrude began writing for publication. Her earliest writings were mainly retellings of her college experiences. Her first critically acclaimed publication was Three Lives. Sherwood Anderson in his public introduction to Stein's 1922 publication of Geography and Plays wrote: For me the work of Gertrude Stein consists in a rebuilding, an entirely new recasting of life, in the city of words. Here is one artist who has been able to accept ridicule, who has even forgone the privilege of writing the great American novel, uplifting our English speaking stage, and wearing the bays of the great poets to go live among the little housekeeping words, the swaggering bullying street-corner words, the honest working, money saving words and all the other forgotten and neglected citizens of the sacred and half forgotten city.

Book Description Paperback. Condition: New. New edition. Language: English. Brand new Book. Mentor and guide to the Lost Generation of expatriate American writers, including Hemingway and Fitzgerald, Gertrude Stein (1874-1946) is perhaps better known for her Parisian salon than her literary works. Yet her innovative approach to writing and her originality of thought make the impact of her books on contemporary literature enormous.Tender Buttons, published in 1914, is vintage Stein. She pushes abstraction to its farthest limits by experimenting with words purely as words in a style more akin to painting than literature. Interested in their melody and color, Stein favors verbs and prepositions in unusual combinations and attempts to avoid using nouns. According to Sherwood Anderson, Tender Buttons gives words an oddly new intimate flavor and at the same time makes familiar words seem almost like strangers . For me the work of Gertrude Stein consists in a rebuilding, an entire new recasting of life, in the city of words.Often compared with music and Cubist imagery, the exhilarating prose and thought-provoking experimental techniques of Tender Buttons offer readers a rewarding sojourn through one of Stein's most influential works. Seller Inventory # AA99780486298979