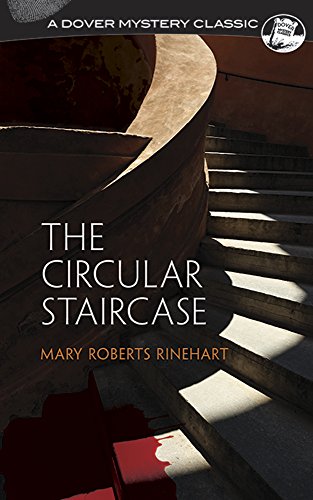 A middle-aged spinster rents a country house for the summer and soon finds herself plunged into a nasty scenario of bank defaults, stolen securities and murder. An entertaining blend of intrigue, villainy and heart-pounding suspense for crime fiction buffs and lovers of great mystery classics.

Mary Roberts Rinehart (August 12, 1876-September 22, 1958) was an American writer, often called the American Agatha Christie, although her first mystery novel was published 14 years before Christie's. She is considered the source of the phrase "The butler did it", although she did not actually use the phrase. She is considered to have invented the "Had-I-But-Known" school of mystery writing. She also created a costumed supercriminal called "the Bat", who was cited by Bob Kane as one of the inspirations for his "Batman."

Book Description Dover Publications Inc., United States, 2014. Paperback. Condition: New. New edition. Language: English. Brand new Book. Rachel Innes, a middle-aged spinster, has barely settled in at the country house she has rented for the summer when a series of bizarre and violent events threaten to perturb her normally unflappable nature. A strange figure appears briefly in the twilight outside a window. At night, a rattling, metallic sound reverberates through dark halls, and &; most disconcerting of all &; the body of a strange man is found lying in a pool of blood at the bottom of a circular staircase.Before this spine-tingling tales ends, five connected deaths shatter the normally placid atmosphere of the vacation retreat. Rachel's devoted niece and nephew are among the prime suspects in one of the murders; stolen securities and a bank default threatens the young pair's financial security; and Aunt "Ray" ultimately fights for her life in an airless secret thor of more than 60 chilling mysteries, Mary Roberts Rinehart (1876&;1958) is credited with inventing the "Had-I-But-Known" school of detective fiction, which typically involved an attractive heroine caught up in a seemingly endless succession of dangerous predicaments. The Circular Staircase &; originally published in 1908 &; is considered the first of the genre. A clever blend of intrigue, villainy, and heart-pounding suspense, leavened with traces of wry humor, this immensely popular novel will delight today's crime fiction buffs as much as it galvanized readers almost 90 years ago. Seller Inventory # AAZ9780486297132