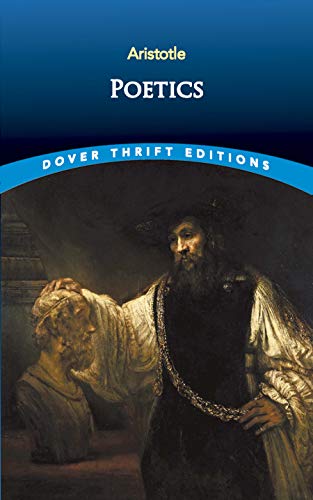 Aristotle's Politics is a key document in Western political thought. In these first two books Aristotle shows his complete mastery of political theory and practice, and raises many crucial issues still with us today. In Book I he argues vigorously for a political theory based on 'nature'. By nature, man is a 'political animal', one naturally fitted for life in a polis or state. Some people, however, are natural slaves; and women are by nature subordinate to men. Acquisition and exchange are natural, but not trading for profit. In Book II he launches a sharp attack on Plato's two 'utopias', the Republic and the Laws, and also criticizes three historical states reputed to be well governed: Sparta, Crete, and Carthage. This volume contains a close translation of these two books, together with a philosophical commentary. It is well suited to the requirements of readers who do not know Greek.

Among the most influential books in Western civilization, the Poetics is really a treatise on fine art. It offers seminal ideas on the nature of drama, tragedy, poetry, music and more, including such concepts as catharsis, the tragic flaw, unities of time and place and other rules of drama.

Aristotle (384 BC – 322 BC) was a Greek philosopher, a student of Plato and teacher of Alexander the Great. His writings cover many subjects, including physics, metaphysics, poetry, theater, music, logic, rhetoric, linguistics, politics, government, ethics, biology, and zoology. Together with Plato and Socrates (Plato's teacher), Aristotle is one of the most important founding figures in Western philosophy. Aristotle's writings were the first to create a comprehensive system of Western philosophy, encompassing morality and aesthetics, logic and science, politics and metaphysics. Aristotle's views on the physical sciences profoundly shaped medieval scholarship, and their influence extended well into the Renaissance, although they were ultimately replaced by Newtonian physics. In the zoological sciences, some of his observations were confirmed to be accurate only in the 19th century. His works contain the earliest known formal study of logic, which was incorporated in the late 19th century into modern formal logic. In metaphysics, Aristotelianism had a profound influence on philosophical and theological thinking in the Islamic and Jewish traditions in the Middle Ages, and it continues to influence Christian theology, especially the scholastic tradition of the Catholic Church. His ethics, though always influential, gained renewed interest with the modern advent of virtue ethics. All aspects of Aristotle's philosophy continue to be the object of active academic study today. Though Aristotle wrote many elegant treatises and dialogues (Cicero described his literary style as "a river of gold"), it is thought that the majority of his writings are now lost and only about one-third of the original works have survived.

Book Description Paperback. Condition: New. New edition. Language: English. Brand new Book. Among the most influential books in Western civilization, Aristotle's Poetics is really a treatise on fine art. In it are mentioned not only epic and dithyrambic poetry, but tragedy, comedy, and flute and lyre playing. Aristotle's conception of tragedy, i.e. the depiction of a heroic action that arouses pity and fear in the spectators and brings about a catharsis of those emotions, has helped perpetuate the Greek ideal of drama to the present day. Similarly, his dictums concerning unity of time and place, the necessity for a play to have a beginning, middle, and end, the idea of the tragic flaw and other concepts have had enormous influence down through the ages.Throughout the work, Aristotle reveals not only a great intellect analyzing the nature of poetry, music, and drama, but also a down-to-earth understanding of the practical problems facing the poet and playwright. Now, in this inexpensive edition of the Poetics, readers can enjoy the seminal insights of one of the greatest minds in human history as he sets about laying the foundations of critical thought about the arts. Seller Inventory # AA99780486295770