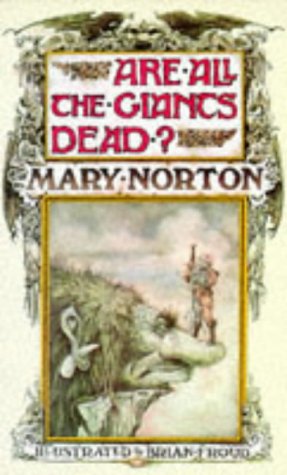 Mary Norton spent much of her childhood in a late Georgian house which later became the model for Firbank Hall in 'The Borrowers'. For a year she acted at the Old Vic before getting married and going to live in Portugal. During the Second World War she was evacuated to New York and struggled to support herself and her four children while her husband was in the Navy. It was then that she began to write, and in 1945 her first children's books, 'The Magic Bedknob' and 'Bonfires and Broomsticks' later combined in a single volume, 'Bedknob and Broomstick' was published. These were followed in 1952 by 'The Borrowers', which was awarded the Carnegie Medal, and three other titles 'The Borrowers Afield', 'The Borrowers Afloat' and 'The Borrowers Aloft'.

Book Description Paperback. Condition: Fair. A readable copy of the book which may include some defects such as highlighting and notes. Cover and pages may be creased and show discolouration. Seller Inventory # GOR002011376

2. Are All The Giants Dead?

Book Description J. M. Dent, 1992. Paperback. Condition: Used; Good. **Simply Brit** Shipped with Premium postal service within 24 hours from the UK with impressive delivery time. We have dispatched from our book depository; items of good condition to over ten million satisfied customers worldwide. We are committed to providing you with reliable and efficient service at all times. Seller Inventory # 1322478