Items related to The Book Of The Courtier (Everyman)

Castiglione, Baldassare The Book Of The Courtier (Everyman)

The Book Of The Courtier (Everyman) 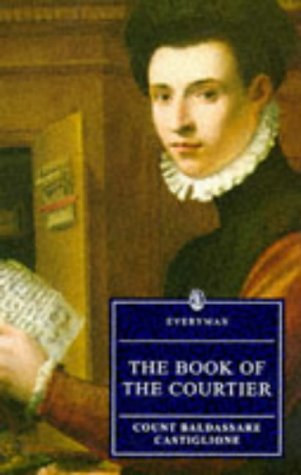 Reduced from Braun a photograph (no. ix.505) of the portrait in the Louvre painted in 15x6 by Raphael (1483-1530). The original belonged to Charles I of England, after whose death it was bought by a Dutch collector and copied by Rubens. Later it became the property of Cardinal Mazarin, from whose heirs it was acquired for Louis XIV of France The medallion on the title-page is from a photograph, specially made by Mansell, of a cast, kindly furnished by T. Whitcombe Greene, Esq., of an anonymous medal in his collection at Chandler s Ford, Hampshire. See the late Alfred Armand s Le$ Mida Uleurs I talien Srii, xoo, no. 10.
(Typographical errors above are due to OCR software and don't occur in the book.)

Daniel Javitch is Professor of Comparative Literature at New York University. He is the author of Poetry and Courtliness in Renaissance England, Proclaiming a Classic: The Canonization of Orlando Furioso, and is at work on a book tentatively entitled Thinking About Genre in the Sixteenth Century. He has been, since 1972, a director of New Directions Publishing Corporation. Charles S. Singleton was Professor Emeritus of Hispanic and Italian Studies at Johns Hopkins University. He also translated Boccaccio's Decameron and Dante's The Divine Comedy, and was awarded Italy's Order of Commendation for his contributions to the study of Italian literature.

1. The Book of the Courtier (Everyman's Library (Paper))

2. The Book of the Courtier (Everyman's Library (Paper)) Castiglione, Baldassare

3. The Book of the Courtier (Everyman's Library (Paper)) Castiglione, Baldassare