Items related to The War of the Worlds (Everyman)

Wells, H.G. The War of the Worlds (Everyman)

The War of the Worlds (Everyman) 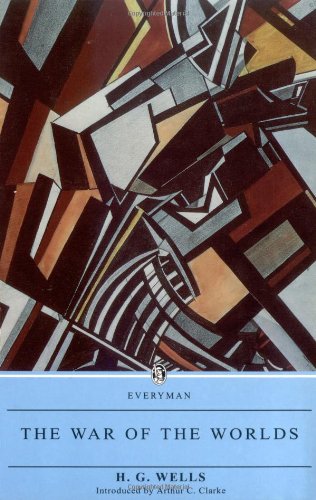 'No one would have believed in the last years of the nineteenth century that this world was being watched keenly and closely by intelligences greater than man's...'

So begins H. G. Wells' classic novel in which Martian lifeforms take over planet Earth. As the Martians emerge, they construct giant killing machines - armed with heatrays - that are impervious to attack. Advancing upon London they destroy everything in their path. Everything, except the few humans they collect in metal traps.

Victorian England is a place in which the steam engine is state-of-the-art technology and powered flight is just a dream. Mankind is helpless against the killing machines from Mars, and soon the survivors are left living in a new stone age.

Phoenix have reissued six of his classic science fiction novels, and they make fascinating reading. (THE HERALD)

This wonderful series if brought back to life in freshly coloured new UK editions, designed to entrance and engage another generation. Issue 1 of the new series. As collectable, and as readable, as ever. Great for reluctant readers too.

1. The War of the Worlds (Everyman's Library)