Items related to Twenty Thousand Leagues Under the Sea (Children's... 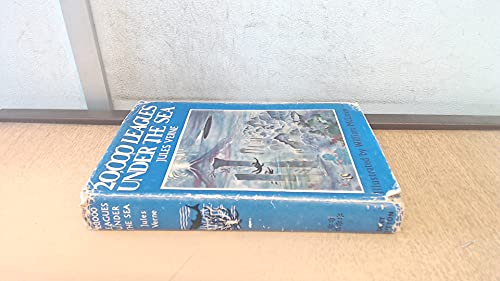 Professor Aronnax, his faithful servant, Conseil, and the Canadian harpooner, Ned Land, begin an extremely hazardous voyage to rid the seas of a little-known and terrifying sea monster. However, the "monster" turns out to be a giant submarine, commanded by the mysterious Captain Nemo, by whom they are soon held captive. So begins not only one of the great adventure classics by Jules Verne, the 'Father of Science Fiction', but also a truly fantastic voyage from the lost city of Atlantis to the South Pole.

"Among the deep-sea volcanoes, shoals of swirling fish, giant squid and sharks, Captain Nemo steers the Nautilus. Nemo is the renegade scientist par excellence, a man madly inventive in his quest for revenge" (Sunday Telegraph)

"A tale of terror, suspense and wonder" --(Guardian)

"Fabulous...the pace is sharp and the story as dramatic and engaging as ever" --(Daily Express)

3. Twenty Thousand Leagues under the Sea

Book Description Paperback. Condition: Very Good. The book has been read, but is in excellent condition. Pages are intact and not marred by notes or highlighting. The spine remains undamaged. Seller Inventory # GOR002503027

Book Description Paperback. Condition: Fair. A readable copy of the book which may include some defects such as highlighting and notes. Cover and pages may be creased and show discolouration. Seller Inventory # GOR003926121