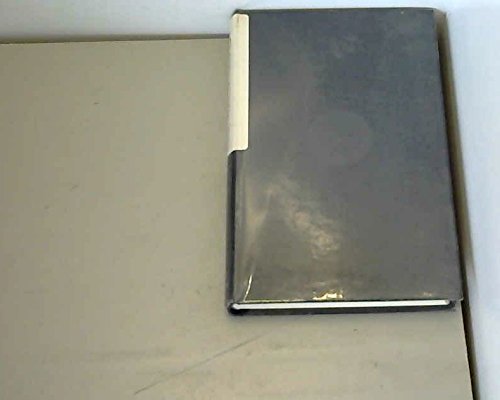 This is the third volume of The Collected Works of Arthur Seldon', which translates the often obscure jargon and technical terminology of economics into direct, plain English understandable by both the academic and the layperson. The most abstruse topic becomes clear as he conveys the sense in ordinary language, without loss of meaning through oversimplification. The volume covers a wide range of economic thought and includes every relevant term that the average person might encounter in a written or other treatment of the subject. In addition to conveying a sense of how economic thought has evolved over the centuries, the Dictionary stimulates and challenges readers in its questioning of conventional wisdom about government intervention and manipulation of economies. It too has stood the test of time; nearly thirty years after the second edition and forty years after the first, this book still engages readers -- economists and nonprofessionals alike. An indispensable reference for laypeople and for academics. ABOUT THE AUTHOR: Colin Robinson was a business economist for 11 years.He was then appointed to the Chair of Economics at the University of Surrey in Guildford where he founded the Department of Economics and is now Emeritus Professor. For many years he has been associated with the London-based Institute of Economic Affairs, and from 1992 to 2002 he was the IEAs Editorial Director.

Arthur Seldon was the Editorial Director at the Institute of Economic Affairs from the late 1950s until the later 1980s. At the IEA, he directed a publishing programme that included some of the world s most eminent economists, including FA Hayek and Milton Friedman. Arthur Seldon was a prolific author and one of the most influential economists of the late twentieth century.

Buy Used
Condition: Good
DJ may have small chips and tears... Learn more about this copy

Book Description Condition: Good. DJ may have small chips and tears. Book will have been read but remains clean. Cover may have light wear or slight soiling. Pages may be slightly tanned. May contain inscriptions but text pages will be free from markings. Seller Inventory # 9999-9990523500

Everyman's Dictionary of economics. An alphabetical Exposition of Economic Concepts and Their Application

Book Description Hardcover. Condition: Fair. 1969 reprint edition - ISBN matches: The book has a dust jacket which has been price-clipped. The spine of the dust jacket is faded and is creased around the edges. Pages are tanned. Pages are intact and not marred by notes or highlighting. The cover and spine have some wear but remain intact. Embossed font to the spine is bright and intact. Seller Inventory # L0073334