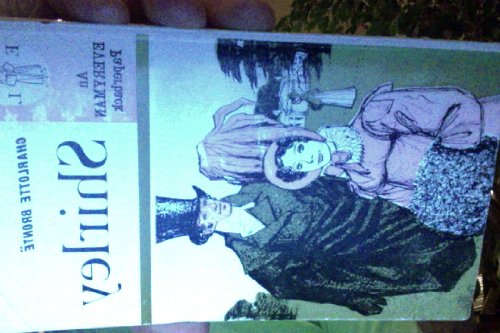 Following the tremendous popular success of Jane Eyre, which earned her lifelong notoriety as a moral revolutionary, Charlotte Bronte vowed to write a sweeping social chronicle that focused on "something real and unromantic as Monday morning." Set in the industrializing England of the Napoleonic wars and Luddite revolts of 1811-12, Shirley (1849) is the story of two contrasting heroines. One is the shy Caroline Helstone, who is trapped in the oppressive atmosphere of a Yorkshire rectory and whose bare life symbolizes the plight of single women in the nineteenth century. The other is the vivacious Shirley Keeldar, who inherits a local estate and whose wealth liberates her from convention.

Charlotte Bronte (1816 - 1855) was an English novelist and poet, the eldest of the three Bronte sisters who survived into adulthood and whose novels have become classics of English literature. She first published her works (including her best known novel, Jane Eyre) under the pen name Currer Bell.

Book Description Paperback. Condition: Good. The book has been read but remains in clean condition. All pages are intact and the cover is intact. Some minor wear to the spine. Seller Inventory # GOR002491902

Book Description Paperback. Condition: Fair. A readable copy of the book which may include some defects such as highlighting and notes. Cover and pages may be creased and show discolouration. Seller Inventory # GOR004766827

Book Description Littlehampton Book Services Ltd, United Kingdom, 1972. Paperback. Condition: Very Good. The book has been read, but is in excellent condition. Pages are intact and not marred by notes or highlighting. The spine remains undamaged. Seller Inventory # GOR004764650

Book Description -. Hardcover. Condition: Very Good. Shirley (Everyman Paperbacks) This book is in very good condition and will be shipped within 24 hours of ordering. The cover may have some limited signs of wear but the pages are clean, intact and the spine remains undamaged. This book has clearly been well maintained and looked after thus far. Money back guarantee if you are not satisfied. See all our books here, order more than 1 book and get discounted shipping. Seller Inventory # 7719-9780460012881

Book Description Penguin Publishing Group, 1972. Condition: Good. Former Library book. Shows some signs of wear, and may have some markings on the inside. Seller Inventory # 12301430-6