Items related to Atlantis and Other Places

Turtledove, Harry Atlantis and Other Places

Atlantis and Other Places 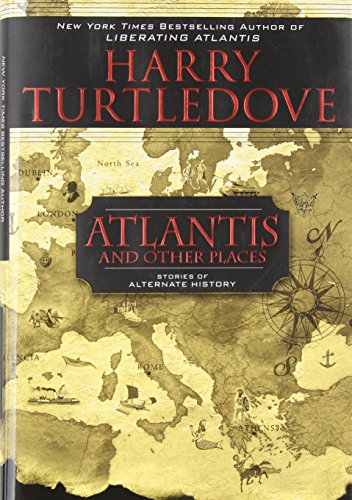 A famous naturalist seeks a near-extinct species of bird found only on the rarest of lands in "Audubon in Atlantis." A young American on a European holiday finds himself storming an enchanted German castle in "The Catcher in the Rhine." The philosopher Sokrates plays a key role in the Athenian victory over the Spartans in "The Daimon." Centaurs take a sea voyage aboard "The Horse of Bronze" to a land where they encounter a strange and frightening tribe of creatures known as man. London's most famous detective, Athelstan Helms, and his assistant Dr. James Walton are in Atlantis investigating a series of murders in "The Scarlet Band."

Harry Turtledove—the New York Times bestselling author of numerous alternate history novels, including The Guns of the South, How Few Remain, and the Worldwar quartet—has a Ph.D. in Byzantine history. Nominated numerous times for the Nebula Award, he has won the Hugo, Sidewise, and John Esthen Cook Awards. He lives with his wife and children in California.

1. Atlantis and Other Places

2. Atlantis and Other Places Turtledove, Harry

3. Atlantis and Other Places