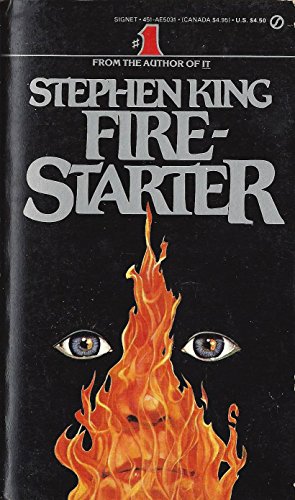 'You're a firestarter honey....just one big zippo lighter'

A year ago, he was an upstanding instructor of English at Harrison State College. Now Andy is on the run with his daughter. A pigtailed girl named Charlie. A girl with an unimaginably terrifying gift.

A gift which could be useful to corrupt authorities. Soon Charlie will be caught up in the menace of a fateful drug experiment and a sinister government ploy . . .

Let the reader beware: FIRESTARTER is Stephen King at his most mesmerising . . . and menacing.

Stephen King's finest novel yet...the most tightly plotted of King's chillers, it is also the most terrifying (Cosmopolitan)

Stephen King's classic thriller about a young girl with a terrifying gift.