Items related to The Fleet That Had to Die

Hough, Richard The Fleet That Had to Die

The Fleet That Had to Die 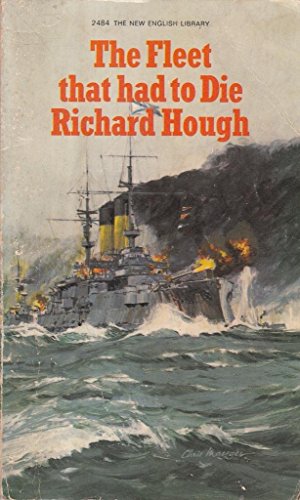 On the outbreak of the Russo-Japanese War in 1904 Russia's Baltic Fleet was sent to the aid of embattled troops in Russia's Chinese enclaves. Most observers thought that the Russians would have little trouble defeating Japanese naval forces. The two fleets met at Tsushima on May 27, 1905. What followed was perhaps the greatest naval victory of all time. At a cost of three torpedo boats, the Japanese admiral Togo sank three Russian battleships and much of the rest of the fleet.

A stunned Europe awoke to the presence of a new world power and shocked public reaction in Russia led directly to the fall of the Czar twelve years later. The acclaimed author of The Bounty has written another gripping tale of the sea.

"You have all wished us a lucky journey and have expressed the conviction that with our brave sailors we will smash the Japanese We thank you for your good intentions, but they only show that the public funds spent on ship construction have been wasted. You wish us victory, but there will be no victory. But we will know how to die, and we shall never surrender... - Captain Bukhvostoff of the Alexander III; 'Seldom has naval history been presented in so readable and entertaining a form' - Nicholas Monsorrat"

Richard Hough was the author of numerous books on naval and other history, including Jutland, Dreadnought, and Admirals in Collision. His book The Great War at Sea is widely recognised as a classic. He died in 1999.

1. The Fleet That Had to Die

Book Description New English Library Ltd, 1969. Paperback. Condition: Used; Good. Dispatched, from the UK, within 48 hours of ordering. This book is in good condition but will show signs of previous ownership. Please expect some creasing to the spine and/or minor damage to the cover. Aged book. Tanned pages and age spots, however, this will not interfere with reading. Damaged cover. The cover of is slightly damaged for instance a torn or bent corner. Seller Inventory # CHL5936347

2. The Fleet That Had to Die

Book Description Paperback. Condition: Fair. A readable copy of the book which may include some defects such as highlighting and notes. Cover and pages may be creased and show discolouration. Seller Inventory # GOR002100735