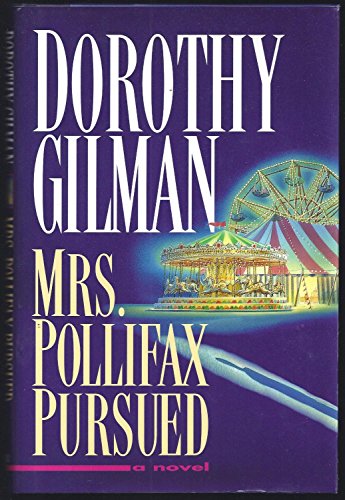 Discovering a terrified young woman hiding in her junk closet, Mrs. Pollifax learns that Kadi Hopkirk is being followed by strangers in a white van who have been watching Kadi ever since she ran into an old childhood friend.

ilman has a nice, relaxed style and an easygoing way of telling a story....Should delight you whether you're looking for smiles or thrills."
--The New York Times Book Review
The last thing Mrs. Pollifax expects to find in her junk closet is a young woman hiding. Kadi Hopkirk insists that she's being followed by two men in a dirty white van. Under the cover of darkness, Mrs. P. tries to drive Kadi back home to Manhattan, only to have a dark green sedan give them a run for their money and, Mrs. P. begins to suspect, their lives.
Finally Kadi shares the startling truth: her friend, Sammy, is the son of the assassinated president of an African country and, unbeknownst to the young man's bodyguard, he passed her something under the table during a recent meeting. Ever resourceful, Mrs. P. puts in a call for help to her CIA colleague, Carstairs, who installs them in a safe house--at a carnival! Before Mrs. P. knows it, a dash to safety expands into an assignment that leads to hair-tri