Items related to The Lad and the Lion

Burroughs, Edgar Rice The Lad and the Lion

The Lad and the Lion 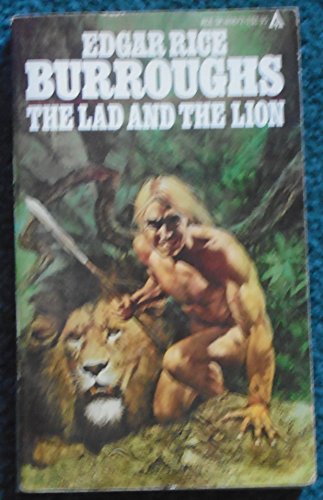 The madman turned all his attention to the youth, who, standing at the rail of the derelict ship, was unaware of his extreme danger. Like a beast of prey the older man crept stealthily toward his intended victim... In a remote European kingdom, plotters had moved toward the murder of an old king and his young heir, Michael. But the lad escaped, and, through a series of the chilling, heart stopping adventures only Edgar Rice Burroughs could have written, finds himself on the shores of Africa, his only friend and protector a giant feral cat. Then, one day, Michael and his loyal friend find themselves face to face with the deadliest enemy of all.