Items related to The Subtle Knife: No. 2 (His Dark Materials)

Pullman, Philip The Subtle Knife: No. 2 (His Dark Materials)

The Subtle Knife: No. 2 (His Dark Materials) 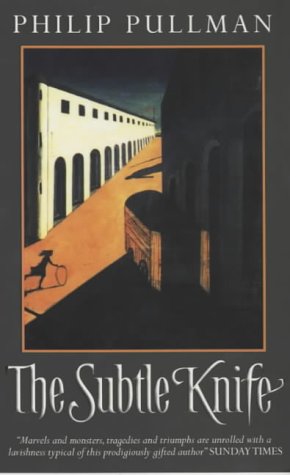 Will is on the run. He's killed a man and now he must flee Oxfordand attempt to find his father-an explorer who sought the North Pole and who never returned from his expedition. Will's search for his father leads him to another world, where he encounters a girl and her wildcat daemon...Lyra. After crossing the abyss between the worlds, Lyra finds herself thrown together with Will, in a beautiful but eerily deserted city. It is a city haunted by Spectres-soul-destro ghostly forms that prey on adults, leaving aworld dominated by orphaned children. But even in another world Will cannot evade those who seek to destroy him, and thus the journey continues-Lyra and Will's destinies are intertwined and their