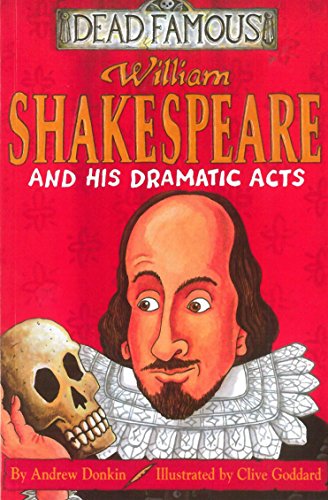 You've probably heard of William Shakespeare... He is dead famous for: - writing a few plays - having a bit of a way with words - creating characters like romantic Romeo and murderous Macbeth. But have you heard that William: - did a seven-year vanishing act - nearly had his head chopped off by the Queen - nicked an entire theatre? Yes, even though he's dead, William's still full of surprises. Now you can get the inside story with William's secret diary, find out the news of the day in the Shakespearean Sun and prepare to be amazed as the curtain is raised on Shakespeare's most dramatic acts. Dead Funny - Dead Gripping - Dead Famous

3. WILLIAM SHAKESPEARE AND HIS DRAM