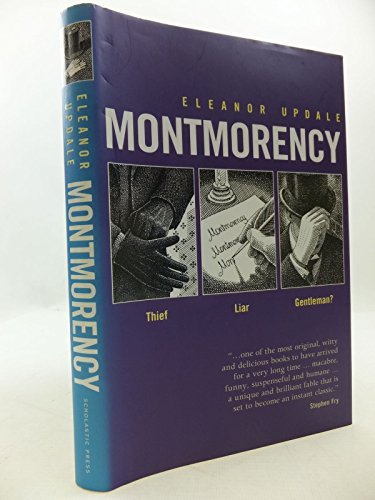 When a petty thief falls through a glass roof trying to escape the police what should have been the death of him marks the beginning of a whole new life. For he is chosen as a medical guinea pig for the Scientific Society, where he comes into some very interesting information - a map of Sir Joseph Bazalgette's new sewage system. Memorising the system and adopting the affectations of the rich young gentlemen of the Society, the thief uses his knowledge to become the most elusive burglar in Victorian London. From now on, he will have two identities: Scarper - servant and sewer-rat, robbing jewels and making his escape by the underground labyrinth that lies beneath London - and Montmorency - fashionable, wealthy gentleman. But Montmorency's new existence is fraught with danger - can he pull off the transformation and keep his secret safe...?

ELEANOR UPDALE studied History at St. Anne's College, Oxford, before becoming a producer of television and radio current affairs programs for the BBC. She is studying for a Ph.D. at the new Centre for Editing Lives and Letters at Queen Mary, University of London. She is also a trustee of the charity, Listening Books.

A gripping tale of adventure set in Victorian London. Montmorency is a thief leading a double life -- of a distinguished gentleman & his servant. Perfect for lovers of Sherlock Holmes & RL Stevenson.

Book Description Scholastic Press, 2003. Hardcover. Condition: New. Signed. First Edition. A hardback First Edition in New unblemished condition, in a similar dustjacket. This copy is SIGNED by the author. This book is in stock now, in our UK premises. Photos of most of our books are available - please ask, as dustjacket and cover illustrations vary, and unless the accompanying image is marked 'Bookseller Image', it is an Abebooks Stock Image, NOT our own. Overseas buyers also note that shipping rates apply to packets of 750g and under, and should the packed weight of an item exceed this we reserve the right to ship via 'Economy', or request extra postage prior to fulfilling the order, or cancel. Seller Inventory # mon0000065367