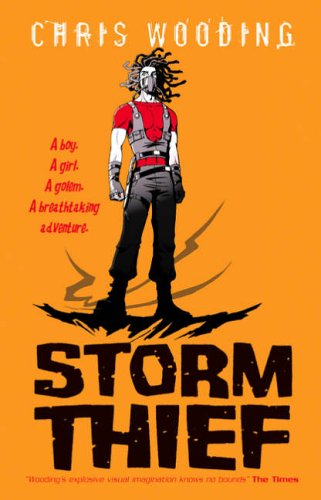 The darkly thrilling new novel from master storyteller Chris Wooding. Orokos is a city of chaos, lashed by probability storms that re-order the world wherever they strike. It covers every inch of the rocky island that it dominates. It has stood for so long that history has forgotten it, and its inhabitants no longer question what exists beyond its walls. Then three of its denizens discover the key to the secret at the heart of Orokos. But there are others, such as the Chief of the Protectorate Secret Police who would do anything to get their hands on that power ...anything at all...

Chris Wooding began writing at the age of 16, and his first novel Crashing was published when he was 19. Since that time, he's written dozens of novels in several genres, notably the award-winning The Haunting of Alaizabel Cray; Poison; Storm Thief; the Malice series; and the graphic novel, Pandemonium.