Items related to The Friends of Eddie Coyle

The Friends of Eddie Coyle 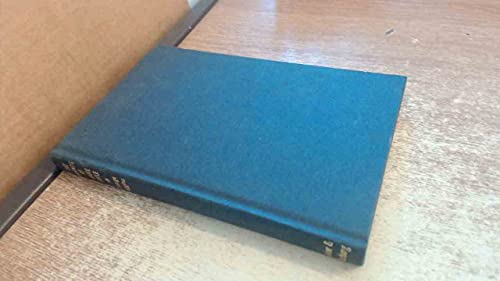 When small-time gunrunner Eddie Coyle is convicted on a felony, he's looking at three years in the pen - that is, unless he sells out one of his big-fish clients to the DA. But which of the many hoods, gunmen and executioners he calls his friends should he send up river?Set on the mean streets of Boston and told almost entirely in crackling dialogue by a vivid cast of cops and lowlifes, The Friends of Eddie Coyle set a standard for authentically gritty crime fiction that has never been bettered.

"Rings true as a police siren."--"The Boston Globe ""The best crime novel ever written--makes "The Maltese Falcon" read like Nancy Drew."--"Elmore Leonard""Chilling . . . The most penetrating glimpse yet into what seems the real world of crime. . . . Positively reeking with authenticity."--"The New York Times Book Review ""Truly a bravura performance. Higgins is a master of colorful street language heard around Boston. Throughout the novel, without quaintness or self-parody, he is able to sustain long arias of criminal shoptalk. . . . A sophisticated thriller."--"Time""First-rate, absolutely convincing, enormously readable."--"The Christian Science Monitor ""Simultaneously a brilliant thriller and a cold and convincing business prospectus of felony--a profession that traps both sides, gunmen and policemen, into ceaseless compulsory degardations."--"The New Yorker""The most powerful and frightening crime novel that I have read this year. It will be remembered long after the year is over, as marking the debut of a fine original talent."--Ross Macdonald "The first thing to know about George V. Higgins' The Friends of Eddie Coyle is that it directly entered the crime-fiction canon upon its 1970 publication. The second thing to know is that it holds up as both a writer's-writer thriller and as popular pulp, with Dennis Lehane introducing Picador's new 40th-anniversary reissue of the novel by heralding it as 'the game-changing crime novel of the last fifty years'--a moderate claim compared to that of Elmore Leonard, who hails it as the best crime novel period." --Troy Patterson, SLATE "Weighed and calibrated like the barrel of a pistol. The fact that he's writing about crooks is crucial in some ways, incidental in others. The real subjects here are life's futility and its bleak humor... Elmore Leonard learned from this novel, likewise David Mamet and of course Quentin Tarantino, who saw the narrative virtue in marrying vi

1. The Friends of Eddie Coyle

2. The Friends of Eddie Coyle

5. The Friends of Eddie Coyle

Book Description Secker & Warburg, London, 1972. Hardcover. Condition: Near Fine. Dust Jacket Condition: Very Good. 1st Edition. Publisher: Secker & Warburg, 1972 (London). First Edition, Second Printing. Hardcover is in near-fine condition (spots on the text block and bumped on the top and bottom of the spine and on the bottom corners of the front and back covers). Dust jacket is in very good condition (multiple tears at the creases, spine and edges, yellowed on the underneath side of the jacket, stained on the inside flaps of the front and back covers, rubbed on the back cover and edge wear). Brodart protected. 183 pages. Size: 8vo - over 7ľ" - 9ľ" tall. Seller Inventory # 9574

6. THE FRIENDS OF EDDIE COYLE