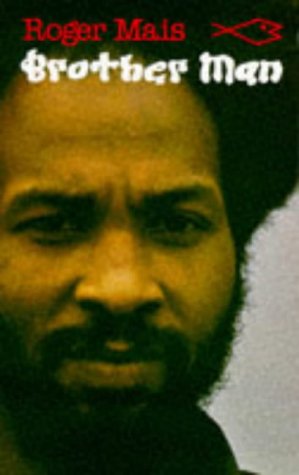 This novel brings alive the dance and laughter of the poor struggling for existence in the slums of Jamaica. In particular it portrays the Rastafarian cult.

"Brother Man is an amazing novel because it foreshadows the coming of age of the Rastafari movement in Jamaica. In so doing, it becomes more than a passion play and achieves the status of classic Caribbean literature." --Bob Berlinghof, Caribbean Compass

Roger Mais was born in Kingston, Jamaica in 1905 and died in 1955. Educated at Calabar High School and first employed in the Civil Service, he later moved from job to job in a variety of fields, including banana tallyman, photographer, insurance salesman and reporter, which allowed him the time for his own creative work. He was a painter, a poet and a prolific writer of versatility.

Besides his writings for the Daily Gleaner and Public Opinion, he published two collections of short stories, wrote nearly forty plays for stage or radio, and finished eight novels. Some critics consider Black Lightning (1955) his finest novel, but it was the first two of his three published novels, The Hills were Joyful Together (1953), a yard story that draws on Mais's own prison experience, and Brother Man (1954), in praise of the Rastafarian way of life, that made his name as a novelist of social protest.