Items related to The Chattering Wagtails of Mikuyu Prison (Heinemann... 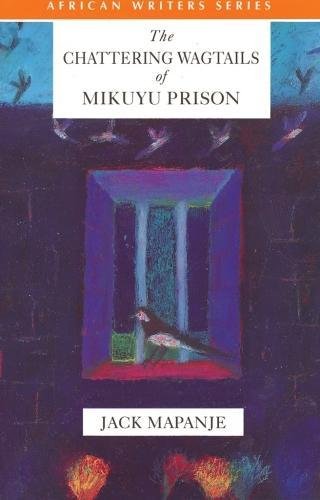 Formerly Head of English at the University of Malawi, Mapanje was arrested and imprisoned without trial for four years. In these poems of power and unflinching description, he condemns a brutal regime. Today, living in England, he celebrates the hope kept alive by those who fight for human rights.

"Don't read this because Mapanje was detained, another human rights victim. Read it because he made poetry out of the experience- sardonic, inventive, lyrical testimonies to a generous and enduring spirit."-Poetry Review

Jack Mapange was born of Yao and Nyanja parents in Kadango Village, Mangochi District, in southern Malawi. He went to school at Kadango, Chikwana Mission, and Zomba Catholic Secondary School. He has a B.A. degree and a diploma in Education from the University of London. In 1975 he joined the staff of the Department of English at Chancellor College, University of Malawi, as a lecturer, before working as a research student in linguistics at University College, London in the early 1980s.
'Of Chameleons and Gods' received the Rotterdam International Poetry Award in 1988. Mapanje was arrested soon after this book was banned in Malawi. He was imprisoned in Malawi and detained without Charge or Trial from September 1987 to May 1991. His second volume of Poetry, 'The Chattering Wagtails of Mikuyu Prison', written while he was detained, was published by Heinemann in 1993.

2. THE CHATTERING WAGTAILS OF MIKUY