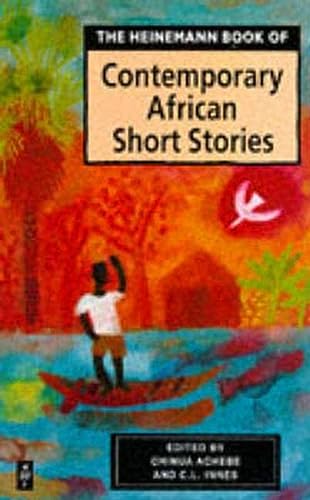 This anthology represents the talent and scope to be found in contemporary African writing. It contains both new and previously published stories by such authors as Nadine Gordimer, Ben Okri, Kojo Laing, Mia Couto and Moyez Vassanji.

..".a fine work, and it's geographical range gives a comprehensive picture of the state of the African short story.'"World Literature Today

CHINUA ACHEBE was born in 1930 in the village of Ogidi in Eastern Nigeria. After studying medicine and literature at the University of Ibadan, he went to work for the Nigerian broadcasting company in Lagos. Things Fall Apart, his first novel was published in 1958. It sold over 2,000,000 copies, and has been translated into 30 languages. It was followed by No Longer at Ease, then Arrow of God (which won the first New Statesman Jock Campbell Prize), then A Man of the People (a novel dealing with post-independence Nigeria). Achebe has also written short stories and children's books, and Beware Soul Brother, a book of his poetry, won the Commonwealth Poetry Prize in 1972.Achebe has been at the Universities of Nigeria, Massachusetts and Connecticut, and among the many honours he has received are the award of a Fellowship of the Modern Language Association of America, and doctorates from the Universities of Stirling, Southampton and Kent. He followed Heinrich Boll, th

Book Description Pearson Education Limited, United Kingdom, 1992. Paperback. Condition: New. Language: English. Brand new Book. Capturing the diversity of African writing from across the continent, this important anthology draws together well-established authors and the best of new writers. From the harsh realities of South Africa, elegantly described by Nobel Prize winner Nadine Gordimer, to the fantastic world of Booker Prize winner Ben Okri and from the magic realism of Mozambican Mia Couto to the surreal world of Ghanaian Kojo Laing, the editors have distilled the essence of contemporary African writing. Blending the supernatural and the secular, the market-place and the shrine, this anthology gives the reader a taste of the full range of African literary styles. Seller Inventory # AAZ9780435905668