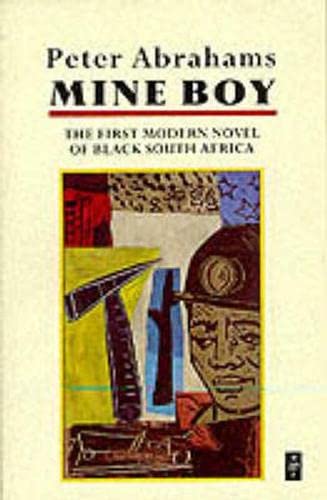 Peter Abrahams was born in 1919 in Johannesburg, South Africa. His collection of short stories 'Dark Testament' (1942) was followed by the publication of his first novel, 'Mine Boy' (1946), which established Abrahams as an important novelist. He has since published eight works: 'Song of the City' (1945), 'Path of Thunder' (1948), 'Wild Conquest' (1950), 'A Wreath for Vdomo' (1956), 'A Night of their Own' (1965), 'This Island Now' (1966), the autobiographical 'Tell Freedom: Memories of Africa' (1954), and an essay 'Return to Goli (1953).
He attended St Peter's College in South Africa in 1939 and then went to sea for two years as a stoker during the war before settling in Britain. There he joined the editorial staff of the communist newspaper, 'The Daily Worker' and began to write in earnest.
Abrahams finally settled in Jamaica, in 1957 with his wife and family where he became editor of the West Indian Economist, a commentator on Jamaica's radio and television and a radio news network controller of West Indian News.

First published in 1946, this novel exposed the condition of black South Africans under a white regime. It presents a portrait of labour discrimination, appalling housing conditions and one man's humanitarian act of defiance.

1. Mine Boy: The First Modern Novel of Black South Africa

7. Mine Boy: The First Modern Novel of Black South Africa