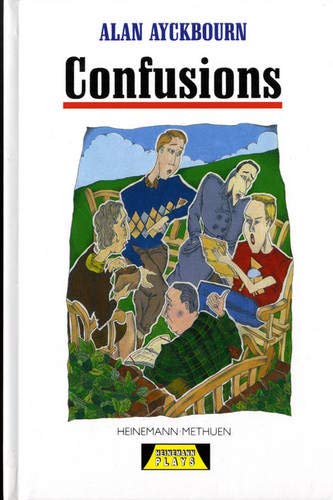 The "Heinemann Plays" series offers contemporary drama and classic plays in durable classroom editions. Many have large casts and an equal mix of boy and girl parts. "Confusions" is a collection of five interlinked but self-contained plays dealing with human loneliness and hypocrisy.

Funny, touching and clever * Independent * Confusions becomes the middle-England equivalent of Schnitzler's pass-the-pox satire La Ronde, in which only the laughter is infectious. * Guardian *

Alan Ayckbourn was born in 1939 and has over seventy plays and productions to his name. He worked all over the world but has focused on the West End where he has also run his own theatre company. Major successes include, Absurd Person Singular (1975), a black comedy often considered his most perfect work. It was first performed in 1972 at the Stephen Joseph theatre, Scarborough, where Ayckbourn was artistic director between 1972 and 2009. Other plays include: Bedroom Farce (1975), the title of a two-act comedy, first performed in 1977 at the National Theatre; Just Between Ourselves (1976); Way Upstream (1982); A Chorus of Disapproval (1984); Woman in Mind (1985); A Small Family Business (1987); Man Of The Moment (1988); House & Garden (1999); and Private Fears in Public Places (2004). He has won many awards including seven Evening Standard awards as well as a Tony in 2009 for best revival for The Norman Conquests.

Book Description Hardback. Condition: Very Good. The book has been read, but is in excellent condition. Pages are intact and not marred by notes or highlighting. The spine remains undamaged. Seller Inventory # GOR001376896

Book Description Hardback. Condition: Good. The book has been read but remains in clean condition. All pages are intact and the cover is intact. Some minor wear to the spine. Seller Inventory # GOR001154508

Book Description Paperback. Condition: Fair. A readable copy of the book which may include some defects such as highlighting and notes. Cover and pages may be creased and show discolouration. Seller Inventory # GOR001220129