Items related to The Crucible by Arthur Miller (Hardback, 1992)

The Crucible by Arthur Miller (Hardback, 1992) 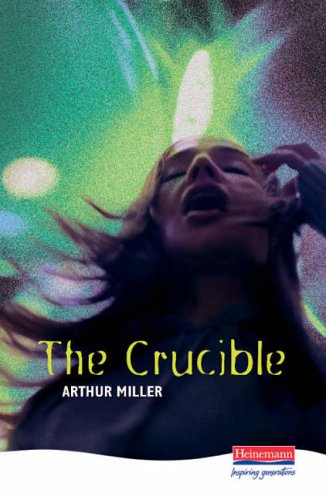 The Heinemann Plays series offers contemporary drama and classic plays in durable classroom editions. Many have large casts and a mixure of boy and girl parts. The Crucible is a study of the events which led to the 1692 Salem witchcraft trials, and a parable for 1950s McCarthyism in the USA.

American dramatist Arthur Miller was born in New York City in 1915. In 1938 Miller won awards for his comedy The Grass Still Grows. His major achievement was Death of a Salesman, which won the 1949 Pulitzer Prize for drama and the 1949 New York Drama Critics' Circle Award. The Crucible was aimed at the widespread congressional investigation of subversive activities in the US; the drama won the 1953 Tony Award. Miller's autobiography, Timebends: A Life was published in 1987.