Items related to The Kingdom by the Sea (New Windmills)

Westall, Mr Robert The Kingdom by the Sea (New Windmills)

The Kingdom by the Sea (New Windmills) 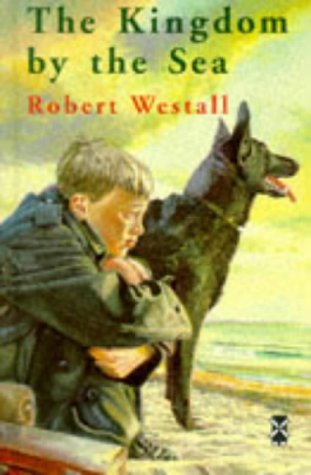 One of a series of top-quality fiction for schools, this is a "Guardian" Children's Fiction Award-winner about a boy growing up. When his house on Tyneside is bombed in the war, and his family killed, Harry goes to live on the beach and makes his way up the coast with only a stray dog for company.

‘Sympathetically read by Steven Mackintosh who gives it a strong sense of place with his use of mild Tyneside accents.’ Books for Keeps

Harry is an old hand at air-raids – but that night, although he survives the bombing, his home and his parents are gone. He can’t bear the thought of being landed with strange relatives, so he goes away to where nobody knows him.

And so begins an incredible journey. Harry makes friends with Don the dog – bombed-out like himself. They make a home on the beach and learn to survive in their Kingdom. But there is one last battle in store for Harry – one that he is not prepared for...

1. The Kingdom by the Sea (New Windmills)

Book Description Heinemann, 1992. Hardcover. Condition: Used; Good. Dispatched, from the UK, within 48 hours of ordering. This book is in good condition but will show signs of previous ownership. Please expect some creasing to the spine and/or minor damage to the cover. Seller Inventory # CHL3039479

2. Kingdom by the Sea (New Windmills)

Book Description -. Hardcover. Condition: Very Good. Kingdom by the Sea (New Windmills) This book is in very good condition and will be shipped within 24 hours of ordering. The cover may have some limited signs of wear but the pages are clean, intact and the spine remains undamaged. This book has clearly been well maintained and looked after thus far. Money back guarantee if you are not satisfied. See all our books here, order more than 1 book and get discounted shipping. Seller Inventory # 7719-9780435123925

3. The Kingdom by the Sea (New Windmills)

Book Description Heinemann 02/07/1992, 1992. Hardcover. Condition: Very Good. Shipped within 24 hours from our UK warehouse. Clean, undamaged book with no damage to pages and minimal wear to the cover. Spine still tight, in very good condition. Remember if you are not happy, you are covered by our 100% money back guarantee. Seller Inventory # 6545-9780435123925

4. Kingdom by the Sea (New Windmills)

Book Description Heinemann, 1992. Hardcover. Condition: Used; Good. **Simply Brit** Shipped with Premium postal service within 24 hours from the UK with impressive delivery time. We have dispatched from our book depository; items of good condition to over ten million satisfied customers worldwide. We are committed to providing you with reliable and efficient service at all times. Seller Inventory # 1172775

5. The Kingdom By the Sea

Book Description Heinemann, 2000. Decorative Boards. Condition: Near Fine. Dust Jacket Condition: No Jacket as Issued. New Windmill Edition - 8th Printing. Near fine condition book; no inscriptions etc. No d/w as issued. Decorative bnoards. Reprint 2000. New Windmill series. Bombs were falling on Tyneside. Harry survives but his parents, his home, are gone. He cannot bear to live with relatives so hides on the beach, alone except for the stray dog he finds. Size: 12mo - over 6ľ" - 7ľ" tall. Children. Seller Inventory # 021164