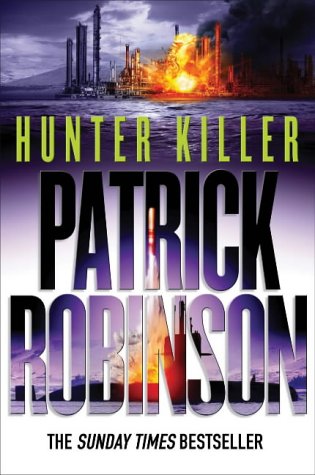 Stunned and outraged by the extravagant lifestyles of the Saudi Arabian Royal Family , the Crown Prince and heir to the throne recruits France to help him overthrow the Saudi ruler. With the aid of French hunter killer submarines the Prince plans to inflict heavy damage on the massive oil installations and loading docks on the shores of the Red Sea and the Persian Gulf, thus destroying the Saudi oil industry and bankrupting the monarch. While the French Special Forces engage in a daredevil operation above and below water, the mysterious Major Jacques Gamoudi marshals yet more ex-French Foreign Legion fighters to take the Southern military base on the Yemen border, then the capital city of Riyadh. Quickly, Admiral Arnold Morgan is called from retirement once more to take charge of the counter-operation from the White House. In a desperate battle for the desert kingdom, Gamoudi is joined by Morgan's old nemesis, Hamas' General Ravi Rashood. The French intend to assassinate Major Gamoudi, but with the world's oil markets in chaos, the US has one aim - to take him alive and force a confession for what the French have done.

Book Description William Heinemann Ltd, 2005. Paperback. Condition: Good. All orders are dispatched the following working day from our UK warehouse. Established in 2004, we have over 500,000 books in stock. No quibble refund if not completely satisfied. Seller Inventory # mon0004927718

Book Description William Heinemann Ltd 05/05/2005, 2005. Condition: Very Good. Shipped within 24 hours from our UK warehouse. Clean, undamaged book with no damage to pages and minimal wear to the cover. Spine still tight, in very good condition. Remember if you are not happy, you are covered by our 100% money back guarantee. Seller Inventory # 6545-9780434013128

Book Description William Heinemann Ltd 05/05/2005, 2005. Condition: Good. Will be shipped promptly from UK warehouse. Book is in good condition with no missing pages, no damage or soiling and tight spine. There may be some dog-eared pages showing previous use but overall a great book. Seller Inventory # 9053-9780434013128

Book Description -. Paperback. Condition: Very Good. Hunter Killer (Air/Exp) This book is in very good condition and will be shipped within 24 hours of ordering. The cover may have some limited signs of wear but the pages are clean, intact and the spine remains undamaged. This book has clearly been well maintained and looked after thus far. Money back guarantee if you are not satisfied. See all our books here, order more than 1 book and get discounted shipping. Seller Inventory # 7719-9780434013128