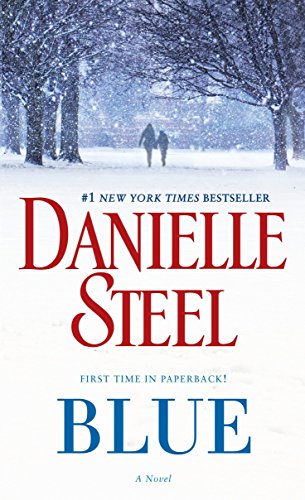 Ginny Carter was once a rising star in TV news, married to a top anchorman, with a three-year-old son and a full and happy life in Beverly Hills--until her whole world dissolved in a single instant on the freeway two days before Christmas. In the aftermath, she pieces her life back together and tries to find meaning in her existence as a human rights worker in the worst areas around the globe. Then, on the anniversary of the fateful accident--and wrestling with the lure of death herself--she meets a boy who will cause her life to change forever yet again. Thirteen-year-old Blue Williams has been living on the streets, abandoned by his family, rarely attending school, and utterly alone. Following her instincts, Ginny reaches out to him. Leery of everyone, he runs from her again and again. But he always returns, and each time, their friendship grows. Blue glows with outsized spirit and an irresistible mix of innocence and wisdom beyond his years. Ginny offers him respect as they form an unusual bond and become the family they each lost. But just as Blue is truly beginning to trust her, she learns of a shocking betrayal that he has been hiding. Is it a wound too deep to heal, or will she be able to fight the battle that will make them both whole again?

Blue is #1 New York Times bestselling author Danielle Steel at her finest, a probing and emotionally gripping story of dark secrets revealed, second chances, and the power of love and courage to overcome life's greatest challenges.

"Steel is one of the best!"--Los Angeles Times "Few modern writers convey the pathos of family and material life with such heartfelt empathy."--The Philadelphia Inquirer "Steel pulls out all the emotional stops. . . . She delivers!"--Publishers Weekly "What counts for the reader is the ring of authenticity."--San Francisco Chronicle Book Description:

An emotionally gripping story of dark secrets revealed, second chances, and the power of love and courage to overcome life’s greatest challenges.

Book Description Condition: New. WE SHIP SAME DAY if ordered before 3PM M-F CST!!! NEXT DAY SHIPPING after 3PM.We ship fast FREE Tracking. May have stickers or sticker residue on cover, May have shelf pulled marking on the side of the book in red green or black, Some shelf wear might be present. Seller Inventory # 4HEH0K000DZV

Book Description Mass Market Paperback. Condition: New. Mass Market Paperback. #1 NEW YORK TIMES BESTSELLER Ginny Carter was once a rising star in TV news, married to a top anchorman, with a three-year-old son and a full and happy life in Beverly Hills--u.Shipping may be from multiple locations in the US or from the UK, depending on stock availability. 416 pages. 0.200. Seller Inventory # 9780425285404