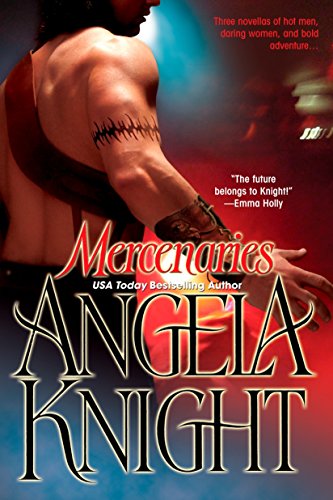 Beautiful Trinity Yeager's mission: join Nathan August's star-hopping team of mercenary soldiers. With one condition: Trinity must prove her resilience as a lover for him and his first officer, Sebastian Cole.

Trinity not only sees Nathan's bet. She raises it...

Angela Knight is the USA Today bestselling author of the Mageverse series and the Warlord series for Berkley Books. She has also written for Red Sage, Changeling Press, Loose Id and Ellora's Cave. Besides her novels, Angela's publishing career includes a stint as a comic book writer and ten years as a newspaper reporter. Several of her stories won South Carolina Press Association awards under her real name. Angela lives in South Carolina with her husband, Michael, a polygraph examiner and hostage negotiator for the county's Sheriff's Office.