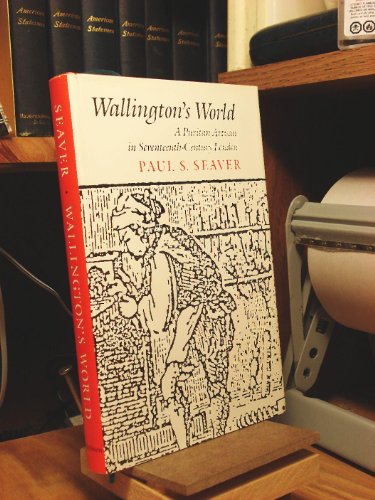 Seventeenth-century England has been richly documented by th lives of kings and their great ministers, the nobility and gentry, and bishops and preachers, but we have very little firsthand information on ordinary citizens.
This unique portrait of the life, thought, and attitudes of a London Puritan turner (lathe worker) is based on the extraordinary personal papers of Nehemiah Wallington―2,600 surviving pages of memoirs, religious reflections, political reportage, and letters. Coming to maturity during the reign of James I, Wallington witnessed the persecution of Puritans during Archbishop Laud’s ascendancy under Charles I, welcomed what he thought would be the godly revolution brought by the Long Parliament, and watched with increasing disillusionment the falure of that dream under the Rump republic and the Cromwellian Protectorate.
The author reconstructs Wallington’s inner world, allowing us to see what an ordinary man made of a lifetime of reading Puritan doctrine and listening to the sermons of Puritan preachers. For the first time we can penetrate the mind of one of those who made up the London mob calling for the end of episcopacy and the death of the Earl of Strafford in 1641, who welcomed the revolution, if not the war that followed, and who finally came to approve the death of his king.

Book Description Methuen, 1985. Condition: Good. A+ Customer service! Satisfaction Guaranteed! Book is in Used-Good condition. Pages and cover are clean and intact. Used items may not include supplementary materials such as CDs or access codes. May show signs of minor shelf wear and contain limited notes and highlighting. Seller Inventory # 0416405304-2-4