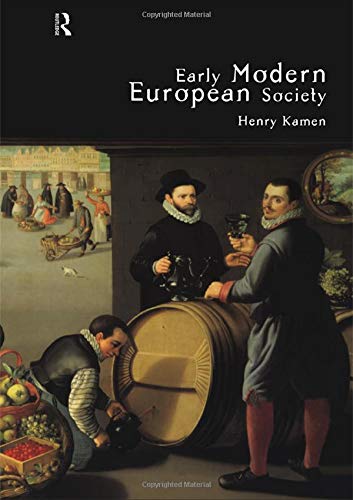 Drawing together common features of society from a range of different contexts throughout Europe, from Italy and Spain to Poland and Russia, Early Modern European Society surveys the sweeping changes affecting Europe from the end of the fifteenth century to the early decades of the eighteenth century.

"As one might expect from a historian of such standing, this volume presents a well-researched and well-written survey of the subject. It would be an excellent book for undergraduate students, and yet its caliber and clarity make it useful to researchers and other historians.... These 10 chapters present a thorough, readable, and informative overview of early modern society. Although each paragraph is densely packed with information and analysis, the work is not beyond the reach of undergraduates or the general public. The quality and quantity of material presented, however, also makes this an extremely valuable book for the specialist historian. In sum, this volume is what its title promises: a history and analysis of early modern European society. "Early Modern European Society."

This book surveys the sweeping changes effecting Europe from the end of the fifteenth century to the early decades of the eighteenth century. It examines the significance of broad community-based norms and the development of social disciplines.