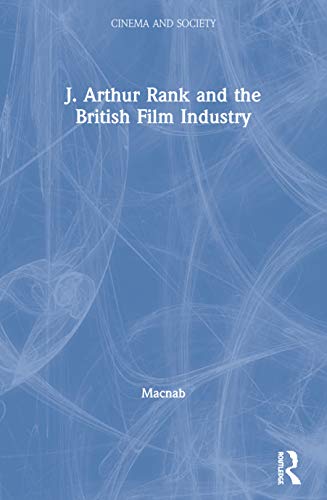 Presiding over the "golden era" of the British Film Industry from the mid to late 1940s, J. Arthur Rank financed movies such as Oliver Twist, The Red Shoes, Brief Encounter, Caesar and Cleopatra and Black Narcissus. Never before, and never since, has the industry risen to such heights.
J. Arthur Rank charts every aspect of the robust film culture that Rank helped to create. Having started out with relatively little knowledge of the cinema, Rank's sponsorship was to bring about astounding progress within the industry, and by establishing an organization comparable in size to any of the major Hollywood studios, Rank briefly managed to reconcile and consolidate the competing demands of "art" and "business" - an achievement very much absent from today's diminished and fragmented film industry.
Macnab goes on to explain the eventual collapse of the Rank experiment amidst the economic and political maelstrom of post-war Britain, highlighting the problems still facing the industry today. By meshing archival research with interviews with Rank's contemporaries and members of his family, this definitive study firmly restores Rank to his rightful place at the hub of British film history.

Twelve finalists have been selected for the Krasna-Krausz Moving Image Book Awards... The nominess for Business....