Gombrich, Richard Theravada Buddhism: A Social History from Ancient Benares to Modern Colombo (The Library of Religious Beliefs and Practices)

Theravada Buddhism: A Social History from Ancient Benares to Modern Colombo (The Library of Religious Beliefs and Practices) 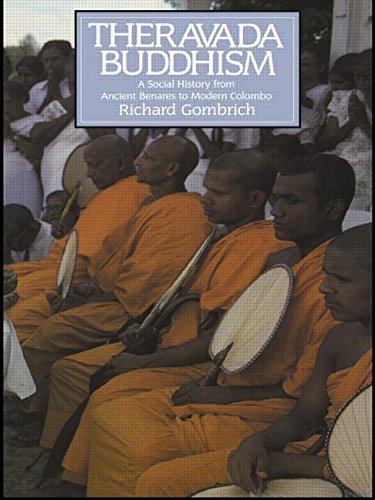 First published in 1988. Routledge is an imprint of Taylor & Francis, an informa company.

"An excellent and exciting introduction to the social history of Buddhism . . . This book will be useful to scholars and students in both Buddhist studies and the social sciences." -"Choice

Theravada is the branch of Buddhism found in Sri Lanka and parts of South East Asia. The Buddha preached in north-east India in the fifth-century BC. He claimed that human beings are responsible for their own salvation, and put forward a new ideal of the holy life, establishing a monastic Order to enable men and women to pursue that ideal. For most of its history, the fortunes of Theravada have been identified with those of that Order. Under the great Indian emperor, Asoka, himself a Buddhist, Theravada reached Sri Lanka in about 250 BC. There it became the religion of the Sinhala state and from there it spread, much later, to Burma and Thailand. Widely recognized as the classic introduction to the field, Richard Gombrich's book shows how Theravada Buddhism has influenced and been influenced by its social surroundings. He explores the influences of the Buddha's predecessors, as well as the social and religious contexts against which Buddhism has developed and changed throughout history. This revised and updated new edition incorporates recent research, including recent controversies over the date of the Buddha and reflects recent social and political developments in Sri Lanka.

THERAVADA BUDDHISM: A SOCIAL HIS