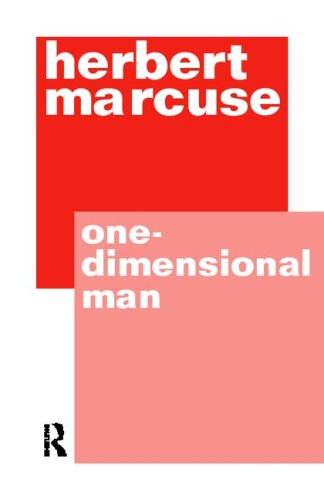 In his most seminal book, Herbert Marcuse sharply objects to what he saw as pervasive one-dimensional thinking-the uncritical and conformist acceptance of existing structures, norms and behaviours. Originally published in 1964, One Dimensional Man quickly became one of the most important texts in the politically radical sixties. Marcuse's searing indictment of Western society remains as chillingly relevant today as it was at its first writing.

Marcuse attempts not only to interpret the world but also to change it. He brings to the task an equipment rarely found among professional philosophers and an idiom - Hegelian, Marxist and Freudian - that is altogether his own. In the tradition of Karl Mannheim he attempts a diagnosis of our times - something which social scientists and philosophers today abjure. This book should be of interest to undergraduates and postgraduates of political philosophy.

Herbert Marcuse (1989-1979). Born in Berlin but forced to flee Germany in 1933; gained world renown during the 1960s as a philosopher, social theorist and political activist.