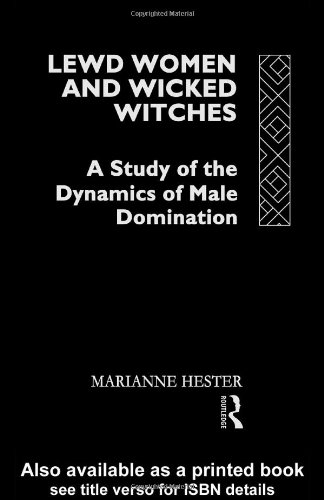 During the 1970s and 1980s feminists increasingly came to recognize how the eroticization of women's inferiority, and male sexual violence are both central to the maintenance and perpetuation of male power over women. These issues were largely taken up by radical and especially revolutionary feminists. Marianne Hester, in this book, attempts to explain how women's experience of male sexual violence, through rape and sexual abuse, can lead to an understanding of male power over women. Her analysis also helps us to understand male power in other historical periods. The book focuses on two very separate events and periods: the development of a revolutionary feminist theory of sexuality in response to male sexual violence in the present day, and the witch hunts of early modern England. While stressing the socio-historical specificity and distinct characteristics of men's and women's lives within the 20th-century on the one hand and the 16th and 17th centuries on the other, she argues that the witch hunts may be seen as an historically specific example of male violence. This book should be of interest to students of women's studies, history, and sociology.

1. Lewd Women and Wicked Witches: A Study in the Dynamics of Male Domination

2. Lewd Women and Wicked Witches: A Study in the Dynamics of Male Domination Hester, M.

3. Lewd Women and Wicked Witches: A Study in the Dynamics of Male Domination Hester, M.

4. LEWD WOMEN AND WICKED WITCHES: A