Items related to Places on the Margin: Alternative Geographies of Modernity...

Places on the Margin: Alternative Geographies of Modernity (International Library of Sociology) 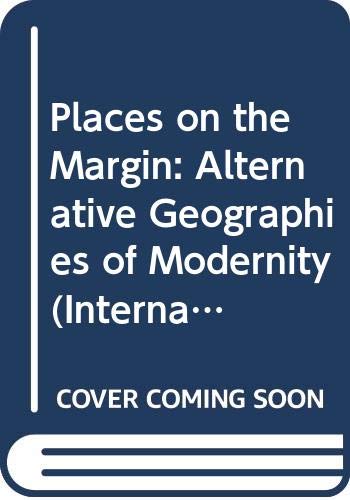 Space and spatial practice has emerged as one of the key themes in the literature on modernity and post-modernity. Yet few attempts have been made to survey the theoretical terrain of space and modernity. Fewer still have endeavoured to apply this material in the form of concrete analysis. "Places on the Margin" attempts to correct the balance in three ways. First, it demonstrates the mutual relevance of sociology and geography. Second, it outlines a social theory of spatiality which focuses on the role of the spatial in making up culture. Third, it offers four case studies of the role of space in supporting social activities: Brighton and its place-image of the dirty weekend and the beach riots of Mods and Rockers in the 1960s, the cultural meaning of the Niagra Falls, the North-South divide in Britain and its role in national myths of British identity, and the Canadian spatialization of the Far North as the "Truth North Strong and Free" - a zone of purity and otherness where the distinctions upon which civilization is based break down.

." . . a valuable contribution toward moving the current theoretical debate over space and society into the realm of concrete analysis."
-"The Professional Geographer
"This groundbreaking study will interest those committed to keeping abreast of current social theory. The case studies are good too!."
-"Choice

Book Description Other, 1991. Condition: Good. Shows some signs of wear, and may have some markings on the inside. Seller Inventory # GRP102841273

3. Places on the Margin: Alternative Geographies of Modernity

Book Description Other, 1991. Condition: Good. A+ Customer service! Satisfaction Guaranteed! Book is in Used-Good condition. Pages and cover are clean and intact. Used items may not include supplementary materials such as CDs or access codes. May show signs of minor shelf wear and contain limited notes and highlighting. Seller Inventory # 0415040914-2-4