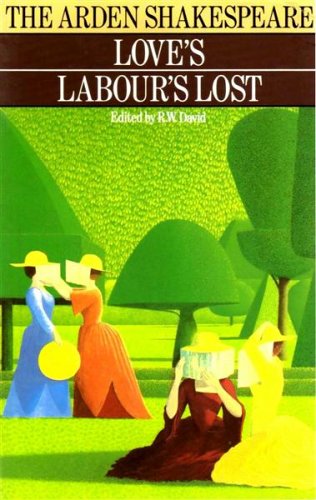 One of twelve volumes for the student of Shakespeare, whether in the theatre class or the literature class, for the actors, and for the directors.

An early romantic comedy of mistaken identities and word play, Love's Labours Lost is a delight to watch performed. The Arden third series offers a distinctive interpretation of this previously neglected play, in particular its innovative linguistic patterning. The story revolves around the king of Navarre and his courtiers, who decide to devote themselves to three years of study and denial of the opposite sex, but reluctantly fall in love with the Princess of France and her three ladies in waiting. From here, the tangles and cross-purposes begin and the men decide to devote themselves to the study of love. Although dense with sophisticated literary techniques, the play is a wonderful satire of romance and aristocratic pretensions. This edition of Loves Labour's Lost is suitable for both drama and literature students of Shakespeare, as it is a practical guide to staging the play, but also an insightful critique into the play's meaning and history. --Simon Priestly