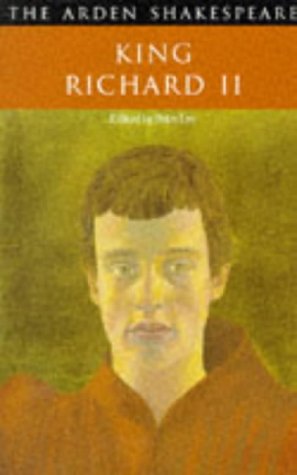 One of Shakespeare's finest history plays, Richard II deals with one of the most sensitive and politically explosive issues of its day--the rights and wrongs of deposing a legitimately appointed king. Forerunner to the two parts of Henry IV, the play deals with the abdication of King Richard II in 1399, the subsequent succession of Bolingbroke, the future King Henry IV, and Richard's death in the spring of 1400. But the play has been celebrated above and beyond its stature as historical drama. Richard II begins with a portrait of Richard as a pompous, arrogant and self-regarding sovereign, with little sense of his people or his political responsibilities. As he consistently miscalculates in his attempts to destroy Bolingbroke, and watches his own power wane, he becomes a far more appealing, Hamlet-like figure, more interested in "talk of graves, of worms and epitaphs", and "sad stories of the death of kings". Richard's speeches become increasingly lyrical and poetic as his supporters desert him, until he finally takes on the stature of the pilloried Christ in the climax of the play, the deposition scene, one of the most politically risky scenes in all of Shakespeare. The play remains most famous for John of Gaunt's "This royal throne of kings, this sceptred isle" speech, but historians believe that the play was also performed in the streets of London in 1601 in support of the Earl of Essex's attempt to depose Elizabeth I. Whilst the plot failed, it showed the power of the theatre of the time, and the politically controversial nature of Shakespeare's play. --Jerry Brotton