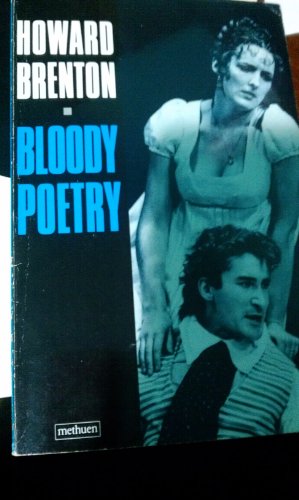 Full Length, Drama / 3m, 2f / Bare stage This fascinating drama, staged to acclaim in London and New York, has in its cast of characters Lord Byron, Percy Bysshe Shelley, Mary Shelley and Claire Goodwin. The play is about radicalism artistic, political and more. Taking place in Italy, it concerns the characters' various ideas about radical politics and free love. Along the way, a number of serious questions are raised, not the least of which is why fervent radicals seem so often to be done in by their reprehensible characters. At the end of the play Byron attends the cremation of Shelley on the beach at Viareggio and delivers a stunning ovation over the pyre: "Burn him. Burn us all. A great big bloody beautiful fire." "Radicalism, artistic defiance, an intellectual rage. These are the virtues celebrated in this extraordinary dream play which begins, as it ends, on a foreign shore." London Financial Times. "A phantasmagoric play. . . . Brenton is celebrating the idea of the committed artist who seeks to stir and provoke sullen, defeated, bourgeois England. At the same time with clear eyed honesty, he shows how difficult it is to upset the moral order." London Guardian.