Items related to Happy End: A Melodrama with Songs

Happy End: A Melodrama with Songs 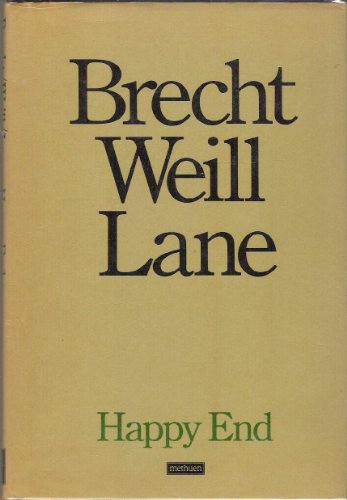 Hallelujah Lil, a Salvation Army lieutenant, tries to save the souls of Bill Cracker and his fellow gang members

Bertolt Brecht (1898-1956) is acknowledged as one of the great dramatists whose plays, work with the Berliner Ensemble and writing have had a considerable influence on the theatre. His landmark plays include The Threepenny Opera and, while exiled from Germany and living in the USA, such masterpieces as The Life of Galileo, Mother Courage and The Caucasian Chalk Circle.

1. Happy End: A Melodrama with Songs