Items related to Victorian Army and the Staff College, 1854-1914 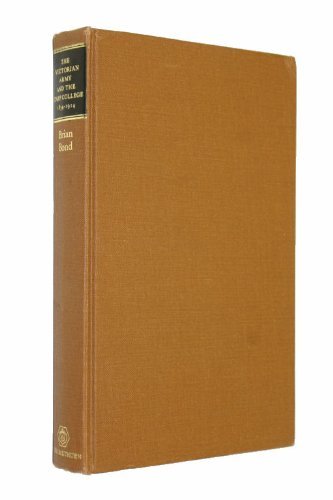 Brian Bond is Emeritus Professor of Military History at King's College London, where he has played a leading role in the development of military history in the Department of War Studies from 1966 to 2001. He was president of the British Commission for Military History from 1986 to 2006. He has published numerous books including The Unquiet Western Front (2002) and Survivors of a Kind: Memoirs of the Western Front (2008).

Buy Used
Condition: Fine
Book has no wear and is totally... Learn more about this copy

Book Description Eyre Methuen Ltd, 1972. Condition: Good. A+ Customer service! Satisfaction Guaranteed! Book is in Used-Good condition. Pages and cover are clean and intact. Used items may not include supplementary materials such as CDs or access codes. May show signs of minor shelf wear and contain limited notes and highlighting. Seller Inventory # 0413276309-2-4